Once more, the times they are a changing. Bob Dylan caused consternation when he adopted a new-fangled electric guitar at the 1965 Newport Folk Festival. Now Sir Paul McCartney has endorsed the medium of Non-Fungible Tokens (NFTs) with the sale of an NFT linked to his handwritten notes from 1968 for ‘Hey Jude’, netting $76,000 (£56,136).

The music and fintech spaces alike are being reformed through the large-scale adoption of NFTs, exemplified by the release of Kings of Leon’s latest album via an NFT ‘drop’. Meanwhile, on the visual side, Grimes has recently sold around $6m worth of digital artworks via NFT auction platform Nifty Gateway.

The high-profile NFT drops that peppered the market in 2021 have led to an increase in deal-making involving NFT infrastructure. Recently Yuga Labs, the owner of NFT business Bored Ape Yacht Club (BAYC), has been discussing financing with Andreessen Horowitz, which would reportedly value it at somewhere between $4bn and $5bn. Not bad for a virtual start-up.

BAYC had already attracted Gwyneth Paltrow and Snoop Dogg as owners of Bored Ape NFTs.  The drivers for the high valuation of NFTs (an individual Bored Ape sells for roughly $300,000) are varied: maybe it is the sheer transformational novelty of NFTs, or maybe it’s the prestige attached to owning this new form of asset (the BAYC, for example, provided NFT owners access to an exclusive club of the wealthy and tech-savvy).

One possible explanation for the exceptionally quick adoption of this technical revolution could be the Covid-crisis, which largely shut down the traditional art market. Suddenly life was being lived entirely on a screen. Another factor could be an increasing scepticism held in online spaces about the trustworthiness of central authorities, driving individual investors to look for more democratised financial systems – including decentralised solutions.

$40bn Global Sales thanks to Meta

Whatever the causes, the result is that the NFT market is now soaring, with global sales last year of $40bn – aided by the decision of Mark Zuckerberg’s Meta to allow users to make (‘mint’) and sell NFTs. But that was possibly no surprise after the artist Mike Winkelmann, aka Beeple, sold his NFT artwork for $69.3m through an auction at Christie’s. From being the space for solely high-exposure, high-risk investment prior to 2019, the NFT market has since transformed to include various large, reputable organisations adopting the technology to monetise their products or services: recently Justice4Women set up an NFT sale as a fund-raiser to mark International Women’s Day 2022 and Nike announced the launch of its own NFT studio.

NFTs are frequently minted on the Ethereum (ETH) blockchain, although the industry has trended toward using other platforms for environmental or costs reasons (for example, the NBA’s ‘Top Shot’ NFT marketplace is built on an alternative blockchain called ‘Flow’).  Whichever blockchain an NFT is minted on, the fundamental purpose is the same: that the NFT itself is unalterable and verifiable without the need for a centralised authority. Each NFT is ‘unique’ and can be distinguished from any other, even if the associated digital content is not. Hence the use of the term “non-fungible”. It is this quality which gives an NFT the potential to be collectible.  However, it must be remembered that an NFT denotes originality and, frequently, rarity of the NFT itself, but not necessarily of the underlying work.

In the long term, NFTs offer the prospect of democratising art ownership: they offer an easier route into the ecosystem to both artists and buyers than via traditional art-houses, and appeal to a new generation of investors.  Creatives also have new avenues to monetise their works outside the confines of established marketplaces. For example, the smart contract associated with an NFT could effect a royalty payment to the original artist each time the NFT is flipped, effectively automating a ‘resale right’ and meeting the age-old complaint of many artists who see their works resold without receiving any further compensation. When Beeple’s “Everydays: The First 5000 Days”, was resold at Christie’s for more than ten times the original price, the artist was due an automatic 10% resale royalty – giving him more than the first sale.

Collectors typically buy NFT artwork via a marketplace, such as OpenSea, either in an auction or at a fixed price. Sales are usually in exchange for cryptocurrencies – often using ETH itself – by linking the purchaser’s crypto-wallet to an associated smart contract. In addition to the smart contract (which is, wholly or in part, written in code), the marketplace will typically have its own terms and conditions related to the sale of an NFT.  For buyers of NFTs, it is important to understand these terms as there is a risk that a retail purchaser will not understand exactly what rights they are (and importantly are not) buying.

In particular, there can be scope for confusion over exactly which intellectual property (IP) rights are being sold. A common misconception is that an NFT and the related IP are the same thing. This is not true. In most cases, purchasers of collectibles will not be purchasing any associated rights to enable them to exploit the underlying IP.  That said, in some cases the rights in a copyright work (or other underlying IP) actually are included with an NFT although this, in its turn, could potentially raise rights clearance issues.

It is also becoming clear that there are potentially contentious issues at the production end between owners of historic rights and creatives.  For example, recording artists and their record labels may disagree over whether an NFT should be regarded as a new format and therefore what royalty rate should be payable. Similarly, there could be questions over whether NFTs fall within an artist’s reserved merchandising rights or any passive participation for a label in an artist’s separate activities.  Currently, there is no standard answer.

The quick adoption of the new technology also means that bad actors can use the technology for fraud or to channel proceeds of crime.  Despite the association between security and blockchain, a hacker recently managed to pull off a tried-and-tested phishing email scam to steal hundreds of NFTs from dozens of people on OpenSea. In the UK, NFTs are unregulated assets and an immutable blockchain means there is no guarantee of a safety net in the event of fraud or theft (although in some cases platforms like OpenSea may be held responsible, at least in the court of public opinion).

As the NFT sector continues to flourish, the entertainment industries – companies and artists alike – will keep expanding to ensure that they are in on the act. The technology is being integrated into an ever-wider offering, with property in the metaverse being sold to consumers via NFT and sports clubs, like Arsenal FC, selling collectable tokens via NFT. As the NFT marketplace evolves beyond informed early-adopters into the realm of retail purchasers, it will be important to utilise the technology responsibly. The market is seeking to inform and educate buyers about the rights associated with their purchases, and the associated risks. Regulators, like the UK’s Advertising Standards Agency, are already cracking down on potential misinformation relating to NFTs. We are in an important transition phase for NFTs and digital assets: in ten years’ time, maybe buying an NFT will be as easy as streaming a movie but, for now, market players need to consider carefully how they develop and sell to an increasingly large audience.

Nick Eziefula is a Partner in the Commercial group at Simkins specialising in commercial law and intellectual property, with a particular emphasis on the media and entertainment industries. He is passionate about music and has worked as a recording artist, touring internationally and releasing several albums.

Next Article"The Serious Fraud Office: What’s on the horizon?"

Distrust, bias and incompetence at the SFO 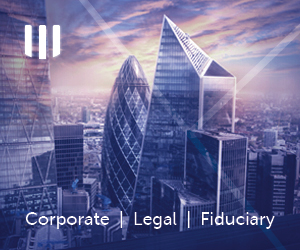