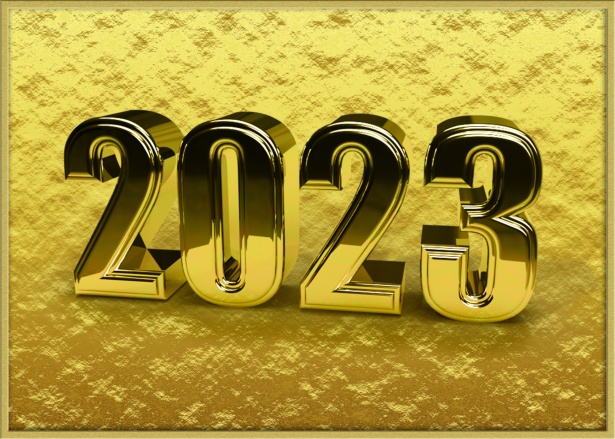 
Geoff Cook, Chair of Mourant Consulting, examines the issues that could shape 2023

The US continues to be the world’s most powerful political and military force and a bell weather for the worldwide economy. Domestically, it has seen substantial tax rises, increased infrastructure and welfare spending, and calls for the wealthy to shoulder a more significant proportion of the “Build Back Better” burden through the Inflation Reduction Act. The intractable Democrat-Republican battles continued with mid-term elections. A slim Democrat majority came under challenge, but didn’t collapse.

A problematic vaccine roll-out, price-boosting supply chain problems, and trillions of additional dollars in spending saw inflation climb to 30-year highs. As former Treasury Secretary and Economist Larry Summers said, “a society where inflation is accelerating feels like a society that is out of control”.

Efforts by the US to build a western coalition of liberal democracies to face China gained only modest traction, and COP27 produced statements of intent but not many new commitments other than an agreement to produce a report on climate reparation.
Notwithstanding, the liberalised western democracies have, for the moment, come closer together. But differences persist over digital taxation, trade agreements, and American tech. These tensions will be further exacerbated by the considerable relocation incentives implicit in the US Inflation Reduction Act, with European firms being enticed to America.

The adoption and implementation of a Global Business Tax can create further tensions with the EU pressing ahead and the US resting on the presumption that Gilti (global intangible low-taxed income) will be grandfathered and that moves on book income tax won’t come under challenge.

As India takes the Presidency of the G20, Premier Narendra Modi will look to seize the opportunity to cement its reputation on the global stage. In joining the ‘Quad’, the four-nation pact designed to deepen economic and military ties between the US, Japan, Australia and India, he has signalled that non-alignment may be receding into the background. However, India’s refusal to condemn Russia, complicated by its historic economic and military ties, is a sore issue with the West.

The ambivalence in this position will see all nations courting India. Modi will bid to attract inward investment as he continues the task of feeding and employing what is predicted to be the world’s most populous country by the end of 2023.

The war in Ukraine

The Black Swan event of 2022 was, of course, the war in Ukraine with its substantial impacts on energy and food security and the fuelling of more inflation. The fallout has created carnage in investment markets, with a near 20% decline in the S&P 500 over the year.

The UN vote on the war in Ukraine flushed out many countries who abstained and refused to condemn Russian action against Ukraine. The loose affiliation of the BRICs (Brazil, Russia, India, China, and South Africa) and China’s increasingly assertive attitude toward the West under Xi Jinping, newly re-elected and de facto President for life, are all cause for concern. The West will need high-quality diplomatic skills if a glide path to the ‘Avoidable War’ with China, as described by former Australian Premier Kevin Rudd, is to be successfully dodged.

The first half of 2023 should see the West hold the line in the context of the war in Ukraine, but as the 2024 American election looms, the desire amongst American voters for a resolution will build. A settlement in the second half of 2023 policed by the UN may come onto the table, potentially creating significant tension with Ukraine.

Still, without substantially increased western military aid, it will be challenging for Ukraine to entirely rebuff Russia, absent a substantial change in the geopolitical status quo. Meantime, energy, and food security issues will persist. Winter 2023 will be a crunch time as the reserve stocks of gas and oil in the US and Europe are no longer available to tap.

Elsewhere in the world, autocracy is in rude health. We can expect to see political tensions in Latin America (LATAM) and Africa, where populism continues to undermine progress in democratisation and the rule of law. The top 20 states in the Fragile States Index are in LATAM, Africa and the Middle East. Iran and North Korea will continue to be regarded as pariah states and are now joined in an unholy trinity by Russia.

Demographics have been featured in our IFC Themes horizon scanning for some years now. In 2022 we identified that a global demographic reversal was underway.

The working-age population as a proportion of the total is falling everywhere except in Africa. Research on UN population statistics by Professor Charles Goodhart and Manoj Pradhan ascribes much of the disinflationary trends of the past 30 years to globalisation and the rise of China.

The global labour supply shock that the rise of China created brought hundreds of millions of new workers into the urban economy, lifting them out of abject poverty, and boosting the ratio of workers to dependents in a demographic sweet spot. These forces will dissipate as the world population ages and global supply chains shorten. China’s working-age population will fall by 2050, and the size of the youth population globally will decline in all regions except Africa. The days of moving work to cheaper sources of skilled labour as an alternative to investment and innovation are ending.

Labour will again take a more proactive role in a world short of workers and reassert its position in the triangular relationship with business and capital. Central banks wrestling with inflation will look to increase interest rates. And Finance Ministers will resist in the face of mounting debt servicing and pension costs and under pressure from angry voters.

In 2023 this trend will intensify due to a post-pandemic withdrawal of labour by huge cohorts of fifty and sixty-year-olds, although it remains to seen as to whether the Great Resignation is a temporary or permanent feature of labour markets.

Spurred on by inflation levels, the like of which we have not seen in decades, Trades Unions will seize the moment and look to reverse their decline. The situation in Britain will be challenging, with Brexit-induced labour shortages weighing heavy on the economy. A general strike is a distinct possibility in the UK.

Demographic reversal is a long-term structural trend, and a falling birth rate will only accelerate its impact. As a result, this could be Africa’s decade, the only continent with an increasing number of young people. Still, many commentators believe that Africa needs more administrative capital to exploit the opportunity and that migration will increase.

In 2022 we identified that a combination of loose monetary policy, supply chain regionalisation, rising post-pandemic demand, and the level of unspent savings accumulated in lockdowns would boost inflation everywhere, especially in the US.

The structural reversal of disinflationary demographic forces that suppressed prices and labour costs for three decades is underway. Conditions that could light the fuse to an inflationary powder keg are now in place.

Britain has already experienced turbulence in financial markets as its government sought to pursue growth while the Bank of England (BoE) had commenced quantitative tightening, with government and prudential policy moving in opposite directions. The BoE was quickly obliged to select the reverse gear to prop up the gilts market.

The risks to global financial stability in 2023 are high, with the Federal Reserve, the ECB and the Bank of Japan obliged to address rising inflation and to withdraw the cheap money that has fuelled investment for the last two decades. Such a rapid move after decades of low rates and quantitative easing is fraught with risk, and a significant market event cannot be discounted.

Inflation will likely spike in 2023 and then fall back, causing the pandemic-driven issues to abate. Still, a continuation of the war in Ukraine and the structural change in labour supply already referenced will mean that inflation will not return to the super-low levels of the last 30 years. Success in driving down inflation is not assured, and if wage rises in double figures become embedded, core inflation will take off and might scale new heights.

Return of the recession

Over the last two decades, coordinated action by central banks and G20 governments led many to believe that the ‘goldilocks’ economy was here to stay. Neither too hot nor too cold, a little stimulus here, an interest cut there, and all could be kept on track. It worked for a time, but the sheer scale of quantitative easing and other unconventional measures had some commentators concerned about the over-stimulus of assets. Too much money chasing finite investment opportunities, it was feared, would re-ignite inflation and lead to a tech and start-up boom and bust.

The benefits of coordinated action to address the fallout of the Global Financial Crisis and the subsequent pandemic are considerable, with financial stability restored. However, an unfortunate difference with the present is that a world without inflation provided the headroom for unconventional policy measures.

With present-day inflation in double digits, stimulus and interest rate cuts would worsen matters; fiscal measures look complicated, with some countries experiencing taxation at 70-year highs. As we predicted in 2021/2022, Central banks and governments are boxed in with limited policy options. The world will likely experience a simultaneous recession, but the duration and depth are unclear.

The International Monetary Fund (IMF) has forecast global inflation to rise to 8.8% in 2022 and decline to 6.5% in 2023 and 4.1% in 2024. Given the current cost-of-living crisis, there is ample opportunity for core inflation to rise and debt distress to manifest, especially in emerging and frontier markets. Still, while overall trade may reduce, the re-mapping of supply chains will continue as economic activity becomes more regionalised, with increased restructuring and new regional investment compensating, as countries respond to the new geopolitical and economic realities.

Recession may be looming, but innovation and productivity will receive a boost as firms fight inflationary forces through the more rapid adoption of AI, the promotion of energy efficiency measures, and the introduction of more flexible labour practices.

Niederer Kraft Frey’s Geneva move took everyone by surprise, so what drove the traditionally conservative firm to combine with Tavernier Tschanz and a Python team?

Clients and young lawyers all want to work with Swiss law firms that put ESG high on their priority list. So, how are they responding?