Home   /   News   /   Petrofac and ‘SOCPA Agreements’: has the SFO found a way to crack white-collar cases?

Petrofac and ‘SOCPA Agreements’: has the SFO found a way to crack white-collar cases?

Lisa Osofsky, Director of the Serious Fraud Office (‘SFO’), has for some years publicly stated her intention of encouraging the use of cooperating suspects to ‘crack’ more cases. During a speech in Washington DC in December 2018, she said: ‘…we in the UK have heard loud and clear from our colleagues in the United States how valuable co-operators can be in cracking white-collar cases. We have different practices and different rules in Britain, and co-operators have, to date, been more widely used in narcotics or gang cases. Suffice to say, we are intently exploring this area in the white-collar world.’

Giving evidence to the UK’s Parliamentary Justice Committee later in that month, Ms Osofsky talked of the need to ‘get an insider who can help us [the SFO] understand what the scheme was and what the relevant documents are’ as opposed to having to ‘wade through what can otherwise be a morass of documents’.

Fast forward to October this year when Petrofac Limited was ordered to pay £77 million in fines, confiscation and SFO costs having pleaded guilty to seven separate counts under section 7 of the Bribery Act 2010 of ‘failure to prevent bribery’  between 2011 and 2017, a plea which the sentencing judge thought possible only because of the cooperation of Petrofac Group’s former Head of Sales, David Lufkin, an insider who helped the SFO understand what the scheme was and what the relevant documents were, and pleaded guilty to 14 counts of bribery as part of a formal cooperation agreement.

Ms Osofsky, it now appears, had not invented a cooperating suspect strategy from scratch, and immediately delivered the hoped-for results. Mr Lufkin reportedly began cooperating with the SFO in 2017, and by December 2018 had entered into a cooperation agreement and given a series of interviews under caution. Instead, Ms Osofsky appears to have noted how valuable cooperating suspects could be and sensibly decided to explore whether this could be developed into a wider strategy.

It would have helped that Mr Lufkin avoided prison. The sentencing judge imposed a two-year ‘suspended’ sentence on Mr Lufkin in return for his cooperation, expressing the hope that this would ‘act as an encouragement to others to do the same’. But will it be enough?

Mr Lufkin entered into a ‘SOCPA agreement’ under section 73 of the Serious Organised Crime and Police Act 2005 which allows for a reduction in sentence for a defendant who has provided or offered to provide assistance to an investigator or prosecutor as long as they have entered a guilty plea. Exceptionally, ‘SOCPA agreements’ can provide suspects with full immunity from prosecution (under section 71); however, it is rare that the criteria are met, and such an outcome is almost unheard of in SFO cases.

The benefits to the SFO of a suspect confessing and providing assistance in return for the prospect of a favourable sentence are obvious. Complex crimes are time-consuming and expensive to investigate and prosecute. While the s7 Bribery Act offence has removed many of the barriers to prosecuting commercial organisations in relation to bribery offences once bribery by ‘associated persons’ has been established, it is still of course necessary to establish bribery offences.

The SFO stated that a key feature of the Petrofac case was the complex and deliberately opaque methods used to pay agents across borders. Payments were disguised through sub-contractors, creating fake contracts for fictitious services. In some cases, bribes were passed through more than one agent and one country to disguise their actions. Once Mr Lufkin admitted bribery, the main barrier to prosecuting Petrofac was removed. Mr Lufkin was also able to identify and explain key evidence, shortening the investigation and help avoid misunderstandings. He is likely to have provided, and be in a position to provide, significant evidence which could be used against other culpable individuals.

For crimes where there is not (yet) a failure to prevent offence, such as fraud, the benefits to investigators of a cooperating suspect could be greater. If the SFO is right that ‘directing minds’ are frequently involved in corporate wrongdoing notwithstanding that evidence of criminality at board level is suspiciously lacking, cooperating suspects could offer a viable route to establishing directing mind involvement.

But why would a suspect choose to cooperate?

In practice, section 73 agreements agreed with the SFO have usually followed a decision by a suspect to ‘come clean’ and make voluntary admissions at interview, often independently and without the benefit of legal advice. It has been reported that this was Mr Lufkin’s position, who flew back from the UAE to attend an interview with the SFO without first contacting his lawyers. But occasionally capitalising on unrepresented defendants who make a clean breast of it is nothing new. Will the SFO be able to go further and encourage the more pragmatic (and legally represented) suspects to cooperate?

The process is far from favourable. In order to begin down the road of entering a cooperation agreement, it would first be necessary to indicate to an investigator or prosecutor the possibility of an admission of guilt and a willingness to cooperate. This would have to be given at an early stage and before knowing the full case against them, or even whether the case will proceed. However couched, it could make it more likely that an investigation will proceed and that that suspect will be prosecuted.

A ‘potential assisting offender’ would then need to undergo a ‘scoping interview’ to determine in more detail the evidence which they could provide. An SFO seeking to encourage cooperating suspects may agree for a scoping interview not to be under caution and explore ways to enter into a ‘restricted use undertaking’ under section 72, which could prevent the use of information obtained following the grant of the undertaking against that person. However, the potential for issues at subsequent trials has made the SFO reluctant to offer restricted use undertakings in the past. In any event, the undertaking would not prevent that person from being prosecuted on the basis of other available evidence and would include conditions which if not complied with would mean that it ceased to have effect.

In short, pursuing a cooperation agreement will all but ensure a person’s conviction (and include onerous cooperation requirements) in return for the prospect of a suspended sentence. There are two essential points to weigh in the balance.

First, prosecutors do not have the power to agree a sentencing outcome for a cooperating offender, and there is no guarantee that a court will impose a suspended sentence. In Dougall [2011], as well as confirming that any sentencing agreement between the prosecution and the defence was contrary to principle, the Court of Appeal stated that in England and Wales there was no principle of legitimate expectation to be enjoyed by the first person to cooperate with an investigating authority or that that person would be the beneficiary of the most favourable sentencing outcome. Such conduct would normally provide substantial mitigation, but had to be seen in the overall context of the case, the defendant’s level of criminality, features of mitigation, a guilty plea and full cooperation. That was fact specific.

Mr Lufkin’s suspended sentence will offer encouragement that cooperation could result in a suspended sentence. Mr Lufkin committed very serious bribery offences and sentencing remarks indicate he was looking at almost seven years in prison but for his cooperation and discount for guilty plea. On the other hand, the cooperation and assistance Mr Lufkin provided was considerable – some cooperating offenders in other cases have received immediate custodial sentences. While not relevant to Mr Lufkin, confiscation and civil recovery will also remain a risk; any cooperation agreement should not include a condition which avoids confiscation or civil recovery as this would be akin to the prosecution paying for evidence. Ultimately, cooperating suspects will have to begin the process not knowing the outcome until sentenced by the court. In Mr Lufkin’s case, that process reportedly took four and a half years, and was extraordinarily difficult for Mr Lufkin both financially and emotionally.

Second, even if a cooperating offender does receive a suspended sentence, it does not follow that this was the best possible outcome. Other suspects who didn’t cooperate might be acquitted or not be prosecuted at all. If the person had not cooperated, they might have been acquitted or not prosecuted at all. The SFO’s recent track record of prosecuting individuals, in particular where DPAs are concerned, is woeful. There have been numerous examples of corporates entering into DPAs and accepting liability for widespread corruption offences where no individuals have been prosecuted at all: the putative cooperator will inevitably assess the likelihood of prosecution absent his cooperation and the risk of conviction if he is prosecuted.

For these reasons, most suspects in receipt of legal advice will be reluctant to pursue a cooperation agreement unless there is no sensible alternative. Mr Lufkin’s cooperation and suspended sentence raises perhaps the prospect of a dilemma. If cooperation agreements become more commonplace, the likelihood of prosecution and conviction would increase, thereby increasing the incentive to cooperate. But at what point would the balance be tipped? In all likelihood, not for a while yet. It won’t be news to the SFO that the best way to encourage more suspects to cooperate is to secure more convictions. 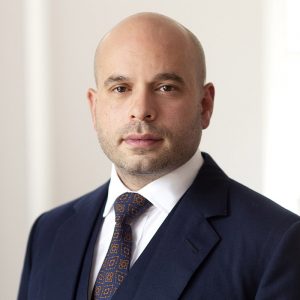 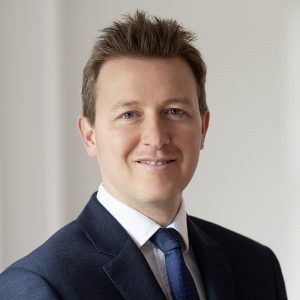 Next Article"The rise of litigation funds in Jersey"