Home   /   News   /   MIND-BLOWING: OPPORTUNITIES FOR THE IPO OF PSYCHEDELICS COMPANIES (OR, HOW TO CHANGE INVESTORS’ MINDS)

Only a few years ago it would not have been realistic to propose the IPO of a psychedelics company on any London markets. This is because of a lack of understanding, and therefore minimal acceptance, of psychedelics by investors and because of potential problems under the Proceeds of Crime Act 2002 (POCA).

However, times are changing. First, the FCA has given guidance about floating medicinal cannabis companies and we believe that the guidance can be applied to psychedelics companies. Secondly, there has been a growing awareness recently of how widespread mental illness is and of the potential of psychedelic drugs to treat certain mental illnesses effectively. The success of the Netflix series “How to change your mind” is evidence of psychedelics’ journey towards the mainstream. Finally, an ecosystem of leading academic research and expertise in clinical trials has developed in the UK and elsewhere, led in the UK by Imperial College London and King’s College London.

We consider that the investment community is likely to recognise these points and we therefore consider that there may well be an opportunity for psychedelics companies to carry out an IPO on one of the UK markets. Investment into UK-based psychedelics ventures, typically led by newly-established specialist funds and private family offices, is starting to gather pace, although listings of such businesses have so far taken place only in the US, such as Compass Pathways on NASDAQ, or Canada, such as Small Pharma on the TSX-V.

“Psychedelics” are a class of psychoactive substances i.e. a substance that is capable of producing a psychoactive effect. By stimulating or depressing the person’s central nervous system, a substance affects the person’s mental functioning i.e. it produces temporary changes in perception, mood and cognitive processes. The psychedelic most often referred to is psilocybin, which is the active ingredient in so-called “magic mushrooms”. However, that is by no means the only psychedelic. Psilocybin can also be synthesised, that is produced in a laboratory.

How widespread is mental illness?

Mental health issues affect many people. Recent estimates state that in the UK one in six adults experienced a “common mental disorder” such as depression or anxiety in the past week and one in six children aged between six and 16 experienced a “common mental disorder” in 2021. In 2020, the leading cause of death for people in the UK aged five to 34 was “intentional self-harm”. In 2021 the World Health Organisation estimated that one in four people in the world will be affected by mental or neurological disorders at some point in their lives. Levels of depression and anxiety, are reported to be at a global all-time high, which is not surprising following the Covid-19 pandemic and worldwide lockdowns.

Clearly there is a great need for effective treatments for mental illness. Many instances of depression do not respond to traditional therapies or drug treatments.  If psychedelics can add to the treatments that doctors can use, then this would have the potential to improve people’s lives significantly. Psychedelics companies would then have a role to play in researching, developing and eventually supplying such treatments, and that role would benefit both the world at large and psychedelics companies.

Why are psychedelics potentially useful?

Research is being carried out worldwide into the potential use of psilocybin in treating depression, PTSD, anorexia, tobacco addiction and alcohol dependency.

Recently there has been increasing focus on, and public acceptance, on the use of psilocybin. For example, in early November 2022 it was announced that a peer-reviewed, mid-stage trial found one 25mg dose of psilocybin, alongside psychotherapeutic support, “significantly” reduced symptoms of depression in patients who did not respond to other medication. It has also been suggested that psilocybin has fewer unwelcome side effects than other medication. It is thought that psilocybin works on receptors in the brain associated with “re-ordering” the way we think about things. There have been calls in Parliament to legalise psilocybin in response to the potential for treatment of mental health conditions. Psychedelics are therefore expected to be an area of interest for investors in the near future.

What impediments to investment does current drugs legislation present?

The MDA describes a number of criminal offences relating to controlled drugs including prohibitions on: importation and exportation; production and supply; and possession. However, the MDA sets out some exceptions and defences, in particular, where the handling and use of the controlled substance in the UK has been licensed by the Home Office pursuant to its powers under the MDR. Investors have therefore rightly been wary of companies that might be considered to be committing a criminal offence, particularly as any investment might generate “criminal proceeds” in the hands of an investor under POCA.

In relation to UK cannabis-related operations, the position is straightforward: the FCA guidance states that “UK-based medicinal cannabis companies can be admitted to the Official List, if the company has the appropriate Home Office licences for their activities where they are required.”

The FCA guidance and TN 104.1 make it clear that provided due diligence is carried out over and above that which would normally be expected on a listing then the FCA will consider listing a company developing, producing or selling cannabis-based medicinal products, licensed cannabis-based medicines or consumer products containing CBD.

In summary, if the FCA is satisfied that if a company with the entirety of its operations, including supply chain, in the UK holds the appropriate Home Office licences for their activities, then the FCA will permit that company to list.

How does the medicinal cannabis precedent apply to psilocybin?

We believe that the regulatory framework and approach for the listing of a psilocybin company would be the same as for a medicinal cannabis company. Both cannabis and psilocybin are controlled drugs listed in Schedule 1 to the MDR and therefore conceptually should be treated in the same way.

In 2018 there was a rescheduling of cannabis-based products for medicinal use in humans (or CBPMs) prior to market authorisation as a medicine, to allow those products to become available for prescription, under the supervision of specially qualified medical professionals, without the need for a Home Office licence. This was on the basis that there was conclusive evidence of the therapeutic benefit of CBPMs for certain medicinal conditions, and reasonable evidence of therapeutic benefit in several other medical conditions. The rescheduling was intended to act as a spur to further research and testing of such products, recognising that it would be significantly easier for scientists to research CBPMs under Schedule 2 controls. It is surely no coincidence that there have been a number of listings of medicinal cannabis-focussed companies on the UK markets since 2018.

A similar rescheduling of psilocybin is not imminent, but there are well-regarded lobby groups which propose moving psilocybin into the less restrictive Schedule 2 category (as for CBPMs) for research purposes. There is a scientific consensus that it exhibits negligible toxicity or addictive properties. Clearly the “direction of travel” in the thinking about psilocybin is towards a conclusion that it may form the basis of the development of much-needed novel treatments for mental health conditions.

We therefore consider that once the current volatility in the markets lessens there could be an opportunity for psychedelics companies to conduct an IPO in the UK. 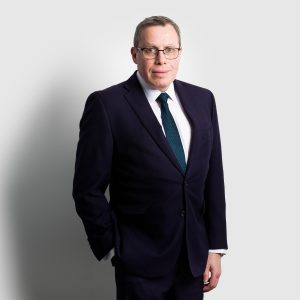 Nigel Gordon is a capital markets and M&A Partner at Fladgate LLP, with a particular focus on the healthcare and natural resources sectors.

Distrust, bias and incompetence at the SFO