An increase in SFO investigations? 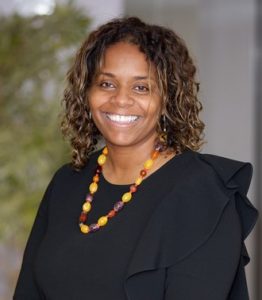 Despite being somewhat staggered over the past couple of years, the enforcement trajectory of The Serious Fraud Office (SFO) now seems to be on a steady rise, particularly in respect of pursuing corporate offending. As of July 2021, the SFO has entered into ten deferred prosecution agreements (DPAs) with various companies it has investigated. Four of those DPAs have been agreed from 2020 onwards. Going forward, it is likely that we will continue to see an increase in SFO investigations and prosecutions as a result of increased whistleblowing, the need for the SFO to demonstrate its purpose, the SFO’s cooperation with other authorities, and a likely wave of pandemic-related offending.

The SFO has continued for some time to reiterate its commitment to cooperation with other enforcement agencies. This will no doubt continue to prove invaluable to investigations going forward, where one or more enforcement agencies will be involved in the investigation and prosecution of economic crime. Evidence gathering and sharing between agencies features in most investigations of serious financial crime. In its Annual Business Plan for 2021/22, the SFO re-stated its mission to collaborate with partners in the UK and overseas to ensure that there was no safe haven for those who commit serious financial crime.

Whistleblowers at the heart of investigations

Whistleblowers have played an important role in the initiation of investigations, and the reports they make often form the basis of an investigation into wrongdoing. As a result, enforcement agencies rely on whistleblowers coming forward to report misconduct. The Financial Conduct Authority (FCA), by way of example, launched a campaign in March encouraging individuals to report wrongdoing. It reminded firms of the importance of having effective whistleblowing regimes in place in order for employees to safely raise concerns. More generally, good corporate governance has increasingly become a focus for all companies across every sector, not just those which are regulated, with whistleblowing policies very much at the heart of these efforts.

Inevitably, robust whistleblowing protections are likely to lead to a rise in the reporting of misconduct or criminal activity, providing agencies with allegations upon which to institute their investigations. Recently, the SFO dropped its investigation into allegations of bribery at British American Tobacco’s East African operations, initiated by an employee of the company who blew the whistle on the alleged wrongdoing. Although the SFO reported that it did not find sufficient evidence to pursue its investigation, the agency noted that it would assist other authorities with their investigations as necessary. This is a clear example of effective collaboration between authorities in order to facilitate investigations, and the SFO will undoubtedly be aided by other bodies that similarly receive notice of wrongdoing by way of whistleblower evidence.

In terms of pandemic-related offending, fraudulent schemes and misconduct in the supply of government contracts for Covid-19 related supplies have already been widely reported on. However, it is likely that another increase in offending will contribute to the increase in SFO activity stemming from an indirect consequence of the pandemic: remote working. Of particular concern regarding individuals working remotely, particularly those in regulated sectors, has been the lack of supervision and oversight relating to activities that would otherwise have been present in an office environment. Whilst firms have all been required to maintain efficient controls to prevent money laundering and terrorist financing, certain concessions were, for a period of time, made to firms facing the challenges of a disrupted working environment, such as allowances for firms delaying ongoing customer due diligence reviews.

Additionally, the risk of market abuse being committed was significantly heightened by those working remotely, given the absence of recorded telephone and electronic communication that is routine practice in a controlled, office setting. The lack of supervision over employees is likely to have facilitated the opportunity for criminal conduct, ranging across a spectrum of offences from money laundering to insider trading. Whilst some of this offending is likely to form part of the remit of other enforcement agencies, such as the FCA and Her Majesty’s Revenue and Customs (HMRC), the more serious and complex offending will fall to be investigated and prosecuted by the SFO.

“Failure to prevent” extension to economic crime still a possibility

While we reported earlier this year that the SFO’s hopes of extending the “failure to prevent” offence more generally to “economic crime” were temporarily shelved, discussions around these plans have not been abandoned. The Law Commission has sought views from the public as to whether such an extension would act as an appropriate deterrent to companies, and whether the law, in its current form, adequately punishes crimes committed by corporations and their senior officers. With this in mind, it remains to be seen whether the rise in fraud committed by individuals in the workplace and a perceived lack of governance will feature as part of the debate on extending corporate liability and, if so, to what extent companies will be expected to have prevented fraud and misconduct from being committed by its employees. The SFO’s director, Lisa Osofsky, noted that she would “love nothing more” than for an investigation to emerge from the pandemic, and given the ripe territory that has been created as a result of Covid-19 for the commission of financial crime, both directly and indirectly, it is likely that such an investigation is on the horizon.